MAY on our Social Media

May Day, May Day! Today is also known as International Workers’ Day, and we want to say THANK YOU to the essential workers who are sacrificing so much to save so many 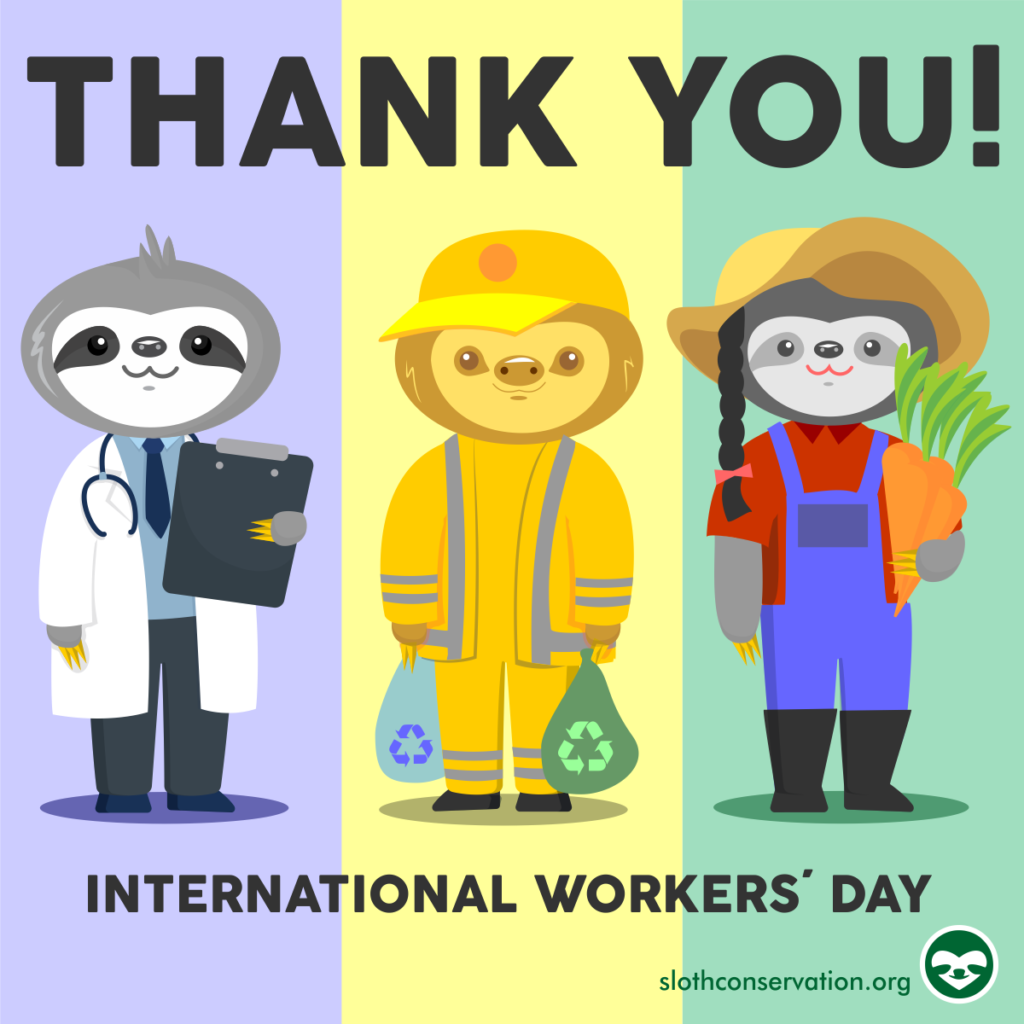 Join us in celebrating #GivingTuesdayNow by supporting each other on this global day of giving. It is an opportunity for people around the world to stand together in unity, to use their individual power and to give back in all ways. Together we stand stronger.

– did you know that there are 2 species of sloth on the endangered species list? The first is the worlds smallest (and cutest?) species of sloth: the PYGMY sloths! These little sloths are approximately 40% smaller than their closest relatives and can only be found living on one tiny uninhabited island off the coast of Panama!

They are currently considered to be one of the most critically endangered species on planet Earth, with the latest research estimating a total population size of only 500 individuals remaining. This statement is a bit misleading, however, as nobody really knows how many pygmy sloths there were originally! It is very difficult to spot an animal who’s survival strategy is camouflage, and as a result scientists cannot agree on the population status for this species. Published estimates from the last decade range from 100 individuals all the way up to several thousand!

It is hard to come up with an effective conservation plan for any species without knowing the most basic information. This is why one of our major priorities here at SloCo is to fund and publish high quality research into many different
aspects of sloth biology and ecology. You can read more about our sloth research efforts here.

#EndangeredSpeciesDay The second endangered species on our list today is the maned sloths. We introduced you to these oddballs earlier this week (and most people agreed with us that they look suspiciously like a coconut with a mullet). Sadly they are currently listed as vulnerable due to habitat loss. Find out more about the endangered species of sloth and how you can help. 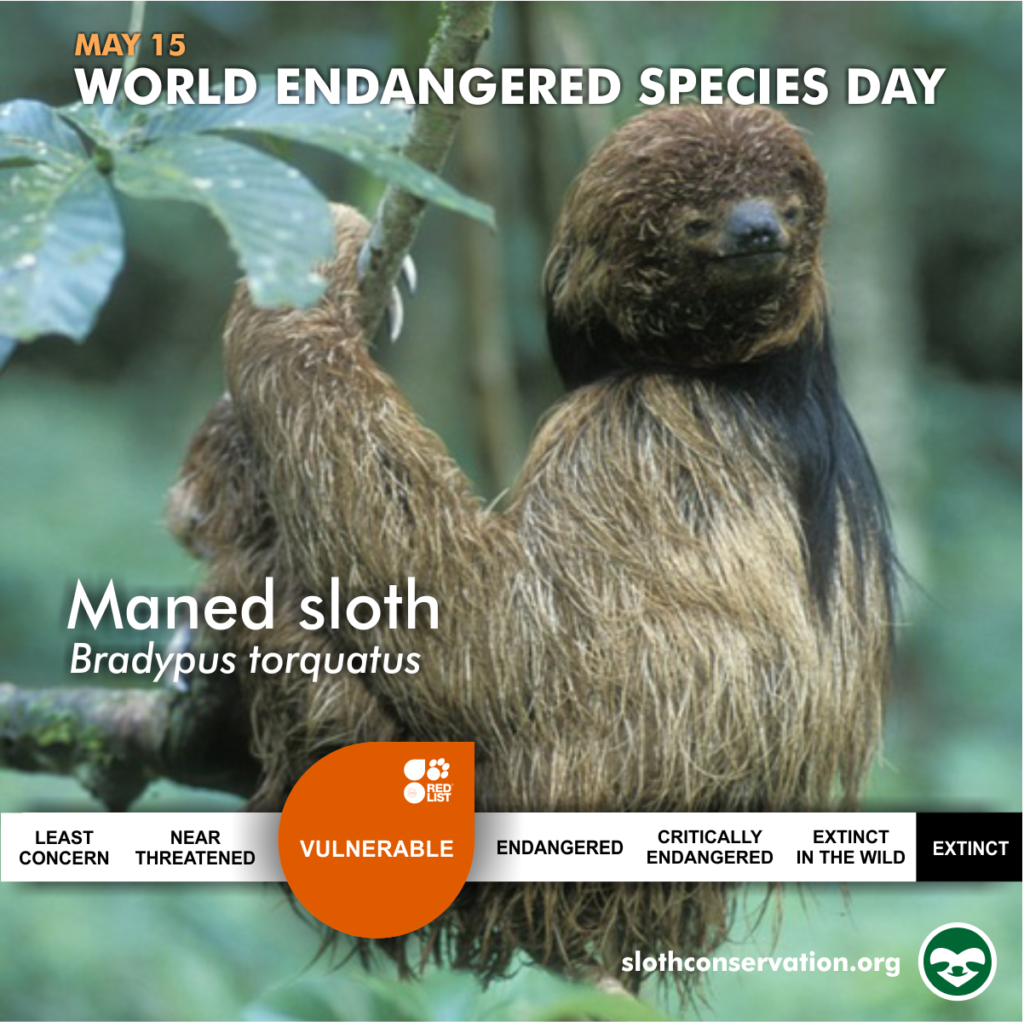 It’s the International Day of #Biodiversity! Did you know that the sloths we see today represent a very small amount of the sloth diversity that once existed? Just six species remain – four three-fingered sloth species and two two-fingered sloth species. These modern-day tree sloths evolved from giant ground sloths, of which there were thought to be over 80 different genera with the largest (Megatherium) reaching over 6 meters in height! There is even evidence to suggest that several different species of marine sloth existed, feeding from sea grass and seaweed in shallow water.

With over 1 million species now threatened with extinction, the loss of biodiversity now poses as much danger to life on Earth as climate change does. Learn more about the endangered species of sloth and how you can help to save them from extinction.